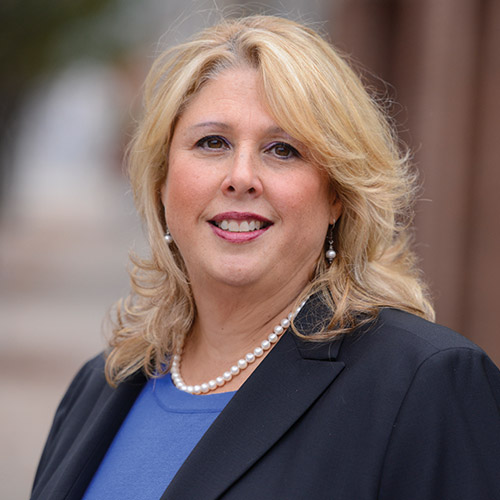 Mary is a native of Williamsport and has been practicing law since 1985. She graduated from Bucknell University in 1982 and from The Dickinson School of Law in 1985. Mary returned to the area to serve a clerkship with former President Judge of the Lycoming County Court of Common Pleas, The Honorable Clinton W. Smith. In 1986 she became an associate attorney in the Williamsport Office of the Philadelphia law firm of Leibert, Short and Hirschland where she specialized in Workers’ Compensation Law. She continued litigating Workers’ Compensation cases with the regional law firm of Marshall, Dennehey, Warner, Coleman and Goggin after a merger with Leibert, Short and Hirschland.

Mary, along with Michael J. Zicolello, founded Schemery Zicolello, PC in 1996. In addition to her admission to practice before all state courts in the Commonwealth of Pennsylvania, Mary has been admitted to Practice before the Federal District Court for the Middle District of Pennsylvania and The United States Court of Appeals for the Third Circuit.

Mary has conducted numerous seminars on workers’ compensation law for insurance companies, employers, and other organizations.